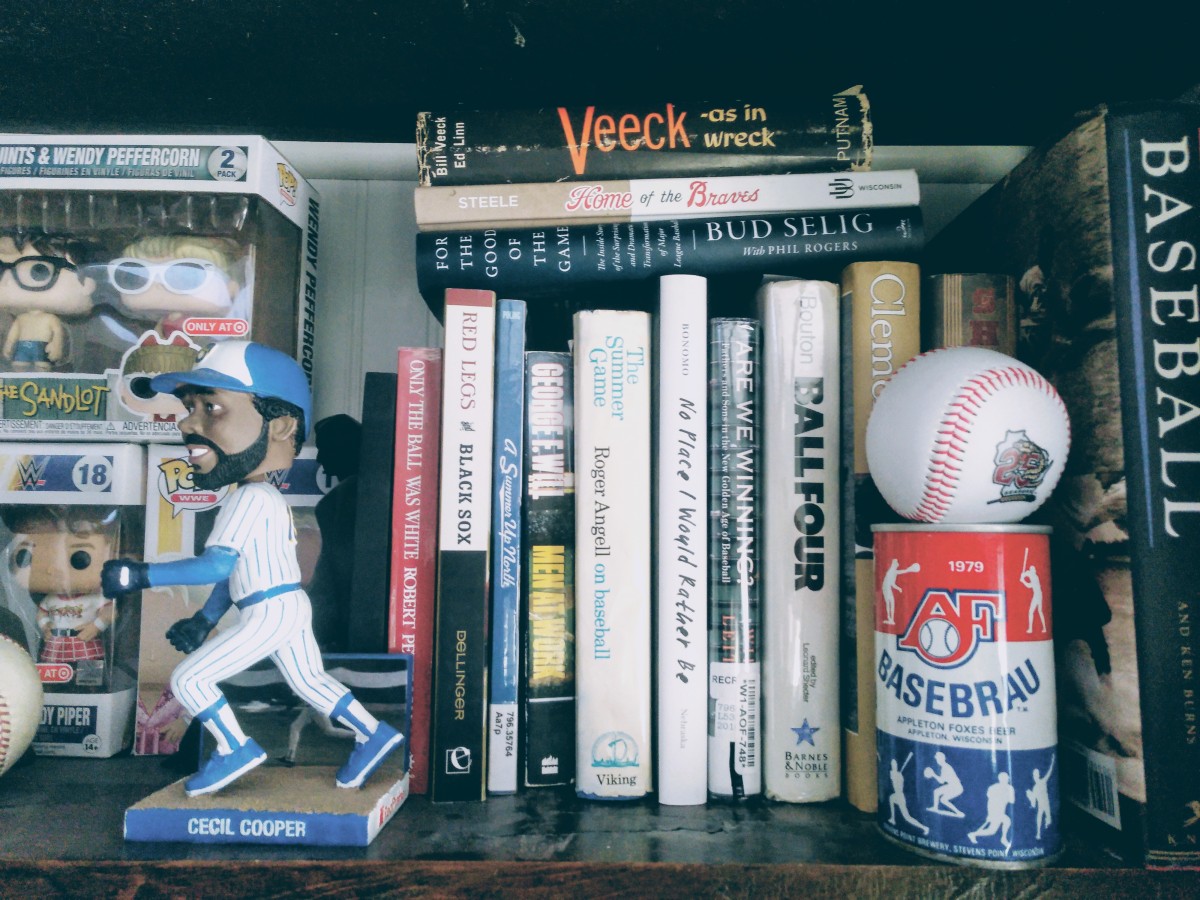 Wherein the reader recognizes more of himself in a writer and Cardinals fan than he might care to admit.

Hot Stove Book Club isn’t really a book review as much as it is a reflection on having read a book. Part response, part hat tip, all waiting for Opening Day.

I’m very, very late to the party for Are We Winning? Fathers and Sons in the New Golden Age of Baseball.

Published in 2010, before Will Leitch went from being ‘The Deadspin guy writing elsewhere’ to ‘The guy you see on MLB Network and wonder when they hired minors as on-air talent’, the subtitle is almost misleading. Yes, it’s structured around a father and son trip to a Cardinals-Cubs game at Wrigley Field with a Cubs fan, and yes, the work dives into the tender (by Midwestern standards) relationship and common bonds between son Will and father Bryan, but it meanders all over his own life, the life of his family, his relationship with third man/Cubs fan/college friend Mike and is never short of social commentary.

Where Roger Angell—whose The Summer Game I read contemporarily with Winning?— clearly compartmentalizes baseball as a pastime of which he is exceptionally fond, Leitch uses the nine-inning affair as means to explore life itself in fair and foul territory, in and out of play. I deeply admire and respect Angell but, if you’ve read any of my non-MLB work, you’ll know I tend toward Leitch’s vantage point. (I’ll be addressing Summer Game and Joe Bonomo’s retrospective of Angell’s life in and around baseball in a forthcoming entry.)

Is it that Angell’s east coast, upper crust upbringing allows him to see the game as compartmentalized; the seasonal pastime it is? Conversely, does Leitch’s working class, Midwestern upbringing dictate he sees the game as woven into the cloth of life itself?

The book is eminently enjoyable and, for clocking in just under 300 pages, surprisingly readable—save for the inning when he transcribes self-scored ball games Leitch attended over the years. Some parts don’t hold up so well, but that’s less the fault of the writer than the fact that a certain team from the north side of Chicago won the World Series six years after the work was published.

Other parts show the author in transition from a single, angsty Midwestern expatriate ‘blogger’ to the more polished, accomplished and confident writer he has become. (I fully welcome the humor found in anyone thinking the term ‘confident writer’ is an oxymoron. Perhaps it’s not the right word; maybe ‘comfortable in his own skin’ is a better fit?) I’ve long been a fan of Leitch on Deadspin, and have followed his work at New York and beyond with interest. Are We Winning? has actually been sitting on my shelf for the better part of two years, joining the offspring-related extended and never-ending line of books in my library yet to be read.

I’m glad I waited until this winter.

We’re not really the same; Leitch’s father is an obsessive Cardinals fan who worked for the local utility in east-central Illinois. My dad went from blue to white collar in his career, touching down in Iowa, Minnesota and Milwaukee before settling in Central Wisconsin in the late 80s. Dad’s passion is the Green Bay Packers. Sure, he follows the Brewers and would count himself a Brewer fan, but it’s the difference between an extraordinary pork chop and prime rib: the former can be delicious, the latter is appointment dining.

My love for baseball and the Brewers came later, Will was steeped in Cardinals fandom virtually from birth. Bryan is written as a salty, beer-swilling classic Midwestern ‘good people’ kind of guy; Jim knew plenty of those types in his life and especially in years of his line of work, but himself is a teetotaler and extremely sentimental. I could go on, but it would be belaboring the point.

Beyond the trappings, there’s a familiarity in Leitch’s voice that resonates with me deeply. Perhaps it comes from my inner, angsty unrequited writer, having seen Leitch go from Deadspin to MLB Network and reading the Vulture rankings and weekly newsletters (if you don’t, you really should, especially if you’re in your late 30s to late 40s; then again, good writing knows no target markets.) I root for him to succeed because, in so doing, I buttress the dream that I, too, may be able to be paid living income for my ability to bridge the gap between senses, mind and fingertips. It’s not jealousy, but respect and admiration. And hope.

Or, we’re just sons who love our fathers, in turn acceding to the fact that we are on our way to becoming them. The ballgame is as good an excuse as any to spend time with the person we learned too late in life to deeply love. Maybe all of the above.

Are We Winning? In the end, does it matter? The book’s answer might surprise you.

For that matter, so will life’s.