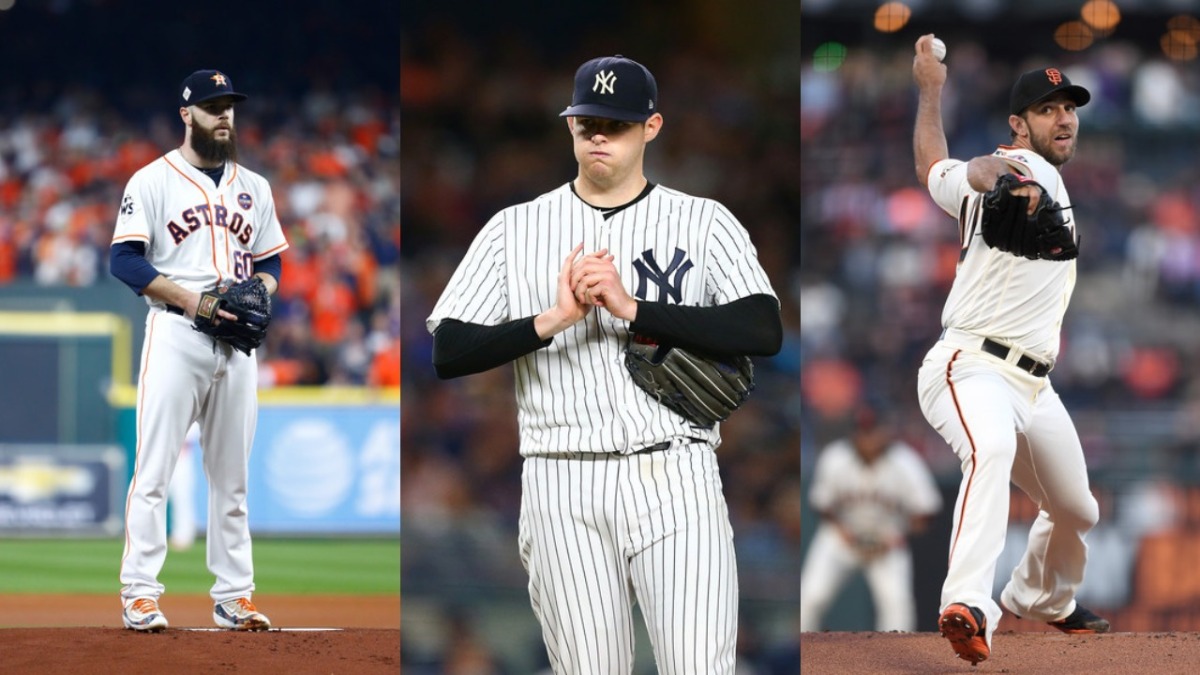 There’s no denying that the Yankees have been the feel good story of the 2019 season.

Yankees and ‘feelgood’ are rarely synonymous. But when Aaron Judge, Giancarlo Stanton, Luis Severino, James Paxton, Dellin Betances and Didi Gregorius have all missed significant time while the likes of Domingo German, Gio Urshela, DJ LeMahieu and Thairo Estrada have led the ball club to a 29-17 record, it’s an easy comparison, even if the luck of depth is destined to run out sooner or later.

But even sitting alone in first place on May 21 won’t eliminate the fact that there are holes to be filled – some that can’t be corrected when the stars and bigger names come off the injured list.

And it starts and ends with the pitching staff.

To preface this, as a unit, the starting rotation has performed admirably. Paxton was showing his ace-like ability in the Bronx before landing on the IL; he was averaging a career-high 12 strikeouts per nine innings with a 2.48 FIP in seven starts. Masahiro Tanaka has been a bright spot during most outings while CC Sabathia has reprised his role as arguably the best fifth starter in baseball.

And what is there left to say about the aforementioned German? The one-time lotto ticket acquired in the Nathan Eovaldi/Martin Prado trade in 2014 currently leads the American League in wins while ranking within the top five of categories including ERA, win-loss percentage, WHIP, hits per nine innings, FIP and WPA, just to name a few, all the while pitching like a bonafide ace.

But the bright spots do come with shades of grey.

Jonathan Loaisiga, the organization’s top-ranked pitching prospect and the Yankees’ primary starter in place of Severino, has pitched to a 4.50 ERA and 1.50 WHIP through 14 innings in three starts. J.A. Happ, the recipient of a two-year, $34 million contract with a third year option, has been inconsistent at best in 2019. The veteran’s ERA (5.16) and BAA (.270) have both ballooned, thanks in large part to an ugly performance against the lowly Baltimore Orioles on May 20 (3.2 IP, six earned runs, nine hits).

Paxton’s imminent return will help quell some of the issues. But if the Yankees want their winning ways to persist into the dog days of summer, they can’t rely on Severino’s injured rotator cuff to heal to help put an end to the struggles.

Fortunately, the franchise can go down all three avenues in search of help: free agency, trades and the farm system.

If we’re going to start somewhere, it’s going to be with Dallas Keuchel.

The 2015 AL Cy Young and former ace of the Houston Astros’ staff initially demanded a multi-year deal with an annual salary between $25 and $30 million but, because of his refusal to give into an evolving market, remains unemployed into as spring nears its end.

Keuchel has proved to be a durable starter (he started in a career-high 34 games a year ago) and, while allowing a league-high 211 hits, also generated soft contact (87 MPH average exit velo) and produced ground ball outs nearly 54% of the time. That should be appealing to all contenders. But a lack of velocity, his age and draft pick compensation has steered teams clear of his asking price, even if it’s fallen quite a bit from his winter wish.

The Yankees have a similar pitcher in Sabathia, and he can be hit or miss when on the mound. Should they go down a similar route by signing Keuchel? Some disagree.

“I’m sure he’ll be discussed among [Yankees] brass,” said one national league executive speaking under condition of anonymity to Bronx to Bushville, “but I just don’t see him aging well in this league. He should be a last resort type of player for them.”

Once the draft is complete on June 3, the compensation will run its course, which could translate to teams vying for Keuchel’s services. The Yankees will surely inquire but it seems to be less than a foregone conclusion that some fans are making it out to be.

Then there’s James Shields, who told The Athletic’s Ken Rosenthal that the Yankees were present at one of his throwing sessions. But the 36-year-old hasn’t had a good season in five years and doesn’t represent an upgrade over what the franchise currently has.

When looking towards the trade market, there’s one name — both in value and size — that stands out above the rest: Madison Bumgarner.

On one hand, the San Francisco Giants’ longtime ace has more mileage on his arm than the typical 29-year-old and has dealt with injuries to both his shoulder and hand over the last two seasons which has impacted his numbers. On the other, the left-hander has been fully healthy thus far and has flashed his former dominance. Bumgarner’s FIP is at its lowest since 2016, K-BB% has gone up eight points from a season ago and his exit velocity sits at a shade below 90 MPH.

The Yankees are on Bumgarner’s no-trade clause list but, as Rosenthal reported, could be more about leverage than anything else. There are concerns about Bumgerner making the switch to the American League, but according to some, a transition of franchises may be in his best interest.

“If the need is still there, I think the Yankees will make a major effort to get Bumgarner,” said the NL exec. “He may not be the same guy who was leading the Giants to the World Series but all the intangibles that the Yankees love, he has. There will be a big market for him but [Yankees GM Brian] Cashman has what it takes to get a trade done. I think a change of scenery will do him wonders.”

But the buck doesn’t stop with Bumgarner. The Yankees can turn to AL East rival Baltimore Orioles for help, with Andrew Cashner being a potential option. The organization has seen what the righty can do up close and personal on two different occasions this season. Mike Minor has had an outstanding start to the 2019 season, and if the Texas Rangers are too far out of the playoff picture come trade deadline, he can be someone the Yankees keep an eye on. Names like Marcus Stroman, Aaron Sanchez, Matthew Boyd and Danny Duffy, amongst others, may also pique the organization’s interest.

Instead of the organization dishing out money or prospects for help, what about a simple phone call? Promotions are on the table for the Yankees, too.

When speaking with a scout about the farm system’s pitching, the conversation always shifts to Albert Abreu.

Abreu, the team’s third-ranked prospect, is suiting up for the Trenton Thunder in Double-A and has, thus far, put his injury issues aside. Through eight games (seven starts), he’s pitched to an ERA of 3.99 while posting a WHIP of 1.75 and BAA of .283.

Those are eye-popping numbers for all the wrong reasons. But the right-hander may be headed in the right direction.

Abreu has allowed just 17 hits in 22.1 innings over his last four starts while striking out 21 batters. Walks have remained an issue (14 over that same span) but the opposition has posted a .215 batting average and .570 OPS. The Yankees remain high on Abreu — most notably Tim Naehring, the team’s VP of Baseball Operations, according to a source. Opposing scouts have taken notice, too.

“[Abreu] has the best overall stuff in their system,” said one scout. “His biggest issue is that he tends to pitch too much of a power game. He needs to mix in his breaking pitches on a more consistent basis while locating better. He should be in Scranton in the second half of this season, with an outside chance of him making the Yankees roster this year a possibility.”

Clarke Schmidt, despite only suiting up in High-A, has been noted as someone who “may be on the fast track.” Walks have been an issue but he’s largely been as advertised in his brief minor league career, which includes an xFIP of 3.03, a ground ball percentage of 52% and K/9 of 9.6 through seven starts.

If the Yankees plan to wait and out to see if Abreu or Schmidt eventually emerge as an option, then Jordan Montgomery will be one, too. The Tommy John recipient from a year ago flew under the radar in the farm system but emerged as a strong back-end rotation option, as evidenced by his career 3.84 ERA, .237 BAA and 64% strike percentage.

The Yankees are winning. Can it sustain without reliable pitching every day? Unlikely.

No matter what road they choose to go down — whether that be free agency, trades or call-ups — the Yankees are in position and have the resources to make an upgrade.

One thought on “The Yankees need pitching help, and they can find it in a number of ways”