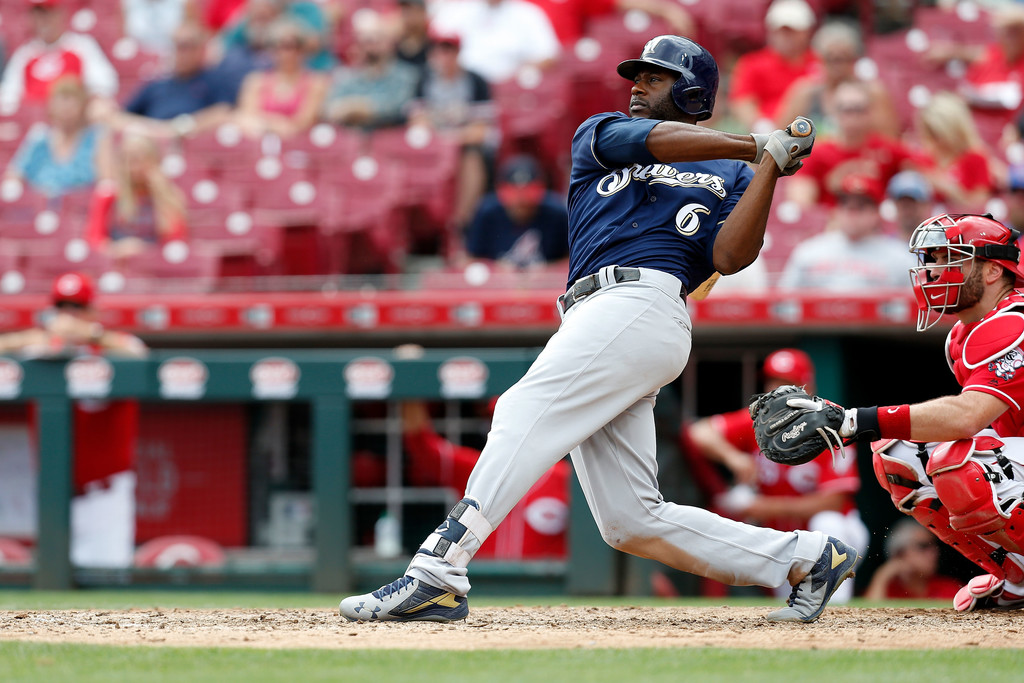 The Milwaukee Brewers polished off a ten-game homestand with eight wins and a brutal first month of the season in the rear-view mirror. They’re now cloistered with the St. Louis Cardinals and Chicago Cubs atop a fiercely-contested NL Central. What’s gone right for the Brew Crew? (Short answer: What hasn’t?)

If social media is any bellwether, Brewers fans left the team for dead April 24.

Yes, #Brewers pitching may well be struggling to hear a new voice and there's a new voice behind the plate. But pitching juiced balls at Miller Park against some of the biggest bats in the NL isn't going to engender the '71 Orioles rotation.

Hey, I get it: It didn’t look good, it didn’t feel good to watch and it certainly was cause for concern. The Brewers bandwagon started calling for pitching coach Chris Hook‘s head and their little brother syndrome took hold, lashing out at any and every Brewers-related noun they could blame: Hook. Craig Counsell. David Stearns. Mark Attanasio (correct spelling optional). They were so convinced the sky was falling that they remembered there was a pro basketball team in Milwaukee.

The truth of the matter is that April is typically a less-than-heavily scheduled month in baseball. For years, ball clubs would skip the fifth man in their rotations until the season ramped up in May. A concomitant truth, as circulated across Brewers Twitter by more savvy fans and followers, was that the Brewers had by far the strongest strength of schedule of any team in all Major League Baseball, and alternated between the Dodgers and Cardinals in 13 consecutive games. We knew going into 2019 that April and May weren’t going to be for the faint of heart.

When the Brewers got to a different, if not lesser opponent in the New York Mets, the bats came alive, the pitching more crisp and the Brewers started the barrel rolling.

In the 13 games since the LA-StL gauntlet, the Brewers are 10-3. They’re hitting .254 with a .397 slugging percentage, but they’re also getting on base more with a team .329 OBP. They’re still hitting dingers, but doing so after getting their walks, working counts and putting the ball in play—and it doesn’t hurt that they’ve re-discovered the lost art of the double and are more aggressive on the base paths. They also just wrapped a sweep of the Washington Nationals, withstanding tremendous pitching performances from Max Scherzer and Stephen Strasburg (and some brutal managing by Nats skipper Dave Martinez.)

Dave Martinez obviously doesn't trust his pen, but now Strasburg is clearly laboring and, should the #Brewers score here, his sin here won't be by commission, but omission.

(Lorenzo Cain hit his bases-clearing double within literal seconds of me hitting send on that tweet.)

The pitching has been more impressive. Zach Davies continues to impress and is the stopper the Brewers need. As a staff, Brewers pitching has worked their way to a 3.31 ERA with 134 strikeouts against 40 walks in the last baker’s dozen. Team FIP (4.56) is now about flat with team ERA (4.58) for the entire season, still high but decidedly trending in the right direction. Remove Corbin Burnes from the matter–hard luck, not a lack of capability–and the team’s pitching fortunes look that much better. (It doesn’t hurt that they can rake, too.)

We’re back to where we were in mid-April, when the Brewers were both winning and playing in objectively enjoyable baseball games. And now they have another tough test in a road trip with stops in Chicago, Philadelphia and Atlanta. Now, they’re rested with a less-strenuous schedule ahead and a head of steam; bandwagon jumpers are chasing it down, trying to lunge back on.

Moreover, there is yet room for improvement: Lorenzo Cain and Travis Shaw are sputtering at the plate. Jesus Aguilar is still working his way back to All-Star form. Jimmy Nelson is in the midst of rehab starts at Triple-A San Antonio, where Burnes [edit: was] also figuring things out. Brent Suter is still a ways from reinforcing the pitching staff. Keston Hiura waits.

As opposed to the 16-game calendar to which Wisconsin sports fans are chiefly accustomed, swoons don’t only happen over the course of a season ten times as long, they’re to be expected. Every team struggles at some point; even the 2018 Brewers were gassed heading into the All-Star break and stumbled out of the gate from it. Baseball’s arc is long and bends toward average.

But for now, the Brewers are playing good baseball. They’re not as good as they have been over the last 13 games, nor are they as bad as when they played the same two teams twice. This remains a talented, capable squad with hunger and eyes on the prize.

It’s a long season. Fans should have that same focus.

Brent Sirvio is co-founder of Bronx to Bushville.