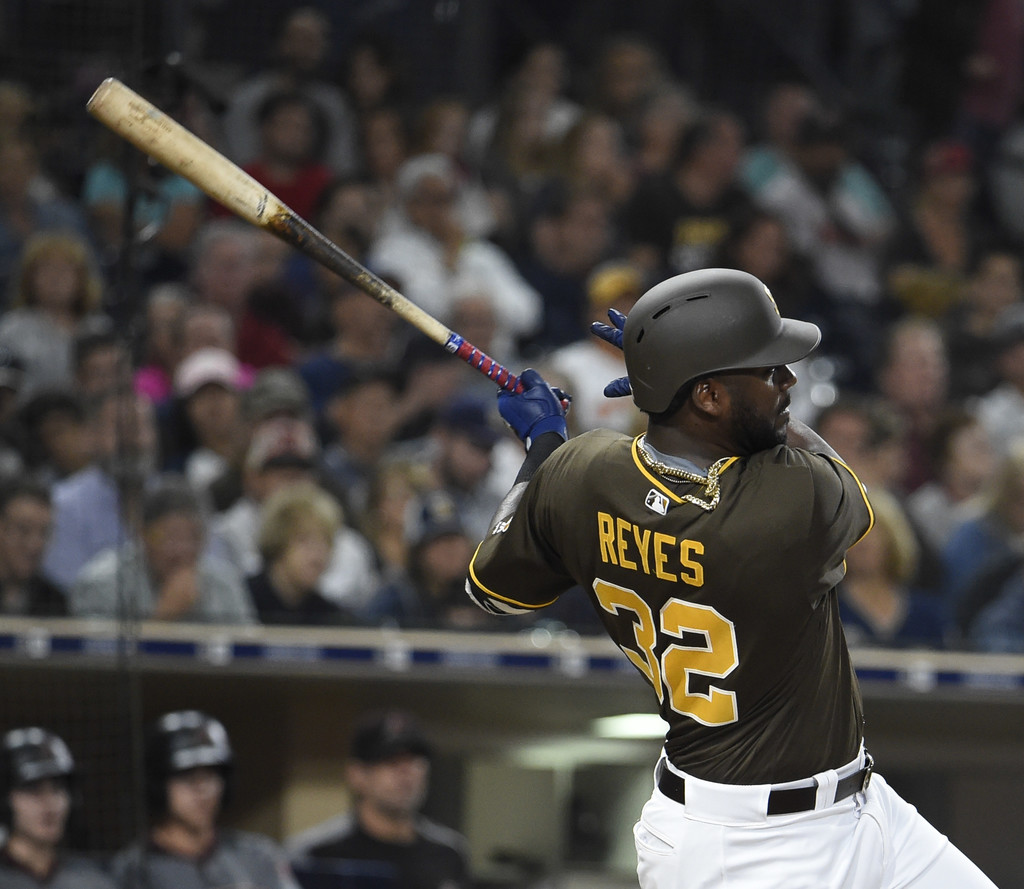 In commemoration of the impending [stateside, at least] Opening Day, the BtB staff is pleased to present Nine Innings, a series of posts on, about or tangentially related to the game. Today, a look at one of two potential 2019 underdogs: the San Diego Padres.

Second Inning — In respect to those past, 2018 was a banner year for small market baseball—the Brewers pushed within a game of the World Series, the A’s went Moneyball 2.0 and the Rays somehow managed to build a ladder up the two-siloed smokestack we call the AL East, even if they didn’t get into the playoff picture.

And for those who suffer through down years more often than the up, the illusion of parity was again restored, even if momentarily.

While Rob Manfred has been off on the mental equivalent of a soul-searching road trip with no destination for baseball in mind except “anywhere but here,” anyone who closely follows the sport is back at home, drawing the same conclusions they have been for years: competitive balance might not only be a potential solution, but also a lot more fun to watch—unless you’re a fan of the Red Sox, Yankees or Cardinals.

The league did see a 4% attendance drop in 2018 compared to 2017, but like most of the strange, anomalous things that happen in America and baseball as of late, much of it can be attributed to Florida—between the dumpster fire in Miami and the combination of Tropicana Field and Tampa’s front office suckling on divisionally-inflated TV contracts, there’s little wonder why those audiences are reeling.

But statistics aside, most baseball fans enjoy seeing the underdog story come to fruition on the field. It acts as a reminder that, like life, even those patently disadvantaged still have a chance if they’re savvy enough or at least have Hugh Glass-ian level luck and determination—lest we forget that long odds are the best odds to watch (i.e. the no-hitter, the cycle, etc.)

So with all that said, merely a week away from the regular season, we wanted to take a look at two of 2019’s potential underdogs—and serendipitously, after the league’s fourth smallest market Brewers, come the fifth and sixth respectively. While they may not be making a playoff push, 2019 could certainly mark a sharp turn for both franchises. We’ll take a look at one of two in the Second Inning and follow with another in the coming days.

If you can roll your eyes and read this simultaneously, all the more power to you.

The addition of the league’s most polarizing (and highly-talented for that matter) shortstop/third baseman makes the Padres an easy bet for a turnaround, but rest assured, this could have been written before—yes, before—Manny Machado ever hit California’s southernmost shores, which is exactly why there’s no reason to further discuss much more of the new franchise anchor. (Plus, signs show he may be due for some negative regression, even if only slightly.)

While youth is still the name of the game in San Diego, don’t expect them to come anywhere close to repeating their status as chronic cellar dwellers like they did just last season. For anyone who forgot, the Padres front office made a clear statement by signing 28-year-old Eric Hosmer to an eight-year deal just last season, and despite a downturn in production, there’s little indicating that the veteran first baseman doesn’t have a whole lot more juice left in the tank—and if Lorenzo Cain and Mike Moustakas can speak to elevating a young and talented team, Hos certainly has the experience to play a convincing middle-man.

But big names aside, there is a lot to love about the 2019 Padres. These Friars can swing.

The second-best prospect in all of baseball heading into the season, Fernando Tatis Jr., might need some polish defensively, but offensively, he’s got all the tools he needs to succeed and all signs seem to point to him being MLB-ready—drafted in 2016, he’s already proven his power, contact and patience at every level.

Beyond him, however, is still a massive bevy of talent gone barely noticed outside the 619. Besides actual established talent, the Padres seem to have one of the most interesting outfields in the National League.

Wil Myers, despite playing only two full seasons since his 2013 rookie campaign, still has the potential to hit 30 home runs and collect 75 runs and RBI a piece, if not more, if he’s able to stay healthy—especially in this flowering lineup.

The team also boasts a quad of burgeoning stars in Hunter Renfroe and Franmil Reyes, both of whom boast massive potential for 30+ home run power, as well as Franchy Cordero and Manuel Margot, whose speed and base-stealing abilities are only undermined by their sagging OBPs at the major league level.

Rounded out by two high-upside catchers in Austin Hedges and Francisco Mejia and the slow decline of Ian Kinsler, who brings experience and guidance in his own right, and the Padres look like they could be giving at least half the division a run for their money.

But possibly even more impressive is their rotation of nearly no-name pitchers who, by all insider accounts, seem to be poised to cement their names in the minds of fans league-wide.

Joey Lucchesi burst onto the scene just last year, getting his first taste of the majors with a solid rookie performance (4.08 ERA, 145 K, 43 BB in 130 IP). He still has some control issues, but if he’s able to reel them in and harness the potential he showed in the minors, the Padres could be looking at their future ace at best, and number three at worst.

Chris Paddack, one of the team’s top prospects, hasn’t thrown a pitch in Triple-A, let alone in the majors, but is already pushing to be a frontline starter. His minor league track record is flawless and word out of camp is that if he’s able to harness his breaking ball like he has his fastball and changeup, he could quickly push himself into notoriety and success. To put it into perspective, he’s thrown the third-most pitches for the team in Spring Training behind Lucchesi and Matt Strahm (the only real rotation guarantees), so it’s obvious the club is giving him serious consideration for a primary role sooner than later, even if his recent TJ surgery limits his 2019 innings.

Speaking of Strahm, he’s another mid-rotation starter who checks nearly all the boxes. He maintains a healthy ERA (2.90 over 118 major league innings), strikes out 10 batters per 9, and gives up few hits (6.3 H/9). Like Lucchesi, he still struggles with control but if he’s able to improve on it in the least, he’ll be well-above league average in nearly every other category.

And while Eric Lauer and Robbie Erlin aren’t the most exciting options, there’s little to suggest they won’t be able to continue taking advantage of the park, eat some innings, stick around the 4.00 mark and hold their own at the back end of the rotation. And that’s not even counting the fact that Dinelson Lamet, another strikeout pitcher who merely needs to gain some control, will be likely be returning to the bullpen, if not rotation this summer.

Headlined by closer Kirby Yates, the bullpen has yet to make its mark, but may be the only true weakness the team still shows—and that’s saying something. Although the payroll is slated to rise another $10 million next year, there’s still enough flexibility for the team to make mid-season acquisitions to improve it, should they see there’s an opportunity. Should they decide to wait, it’s safe to say the window is just starting to open.

When all is said and done, the team looks ready and able to add at least 16 wins to their paltry 66 from last season, pushing them into being a winning ballclub again—the first time in nearly 10 years. But more importantly, if this mass of high-upside talent truly proves its worth in the coming season, it could finally change the narrative the city has been trying to erase for the last decade.

Jonathan Powell is a co-founder and lead writer for Bronx to Bushville.