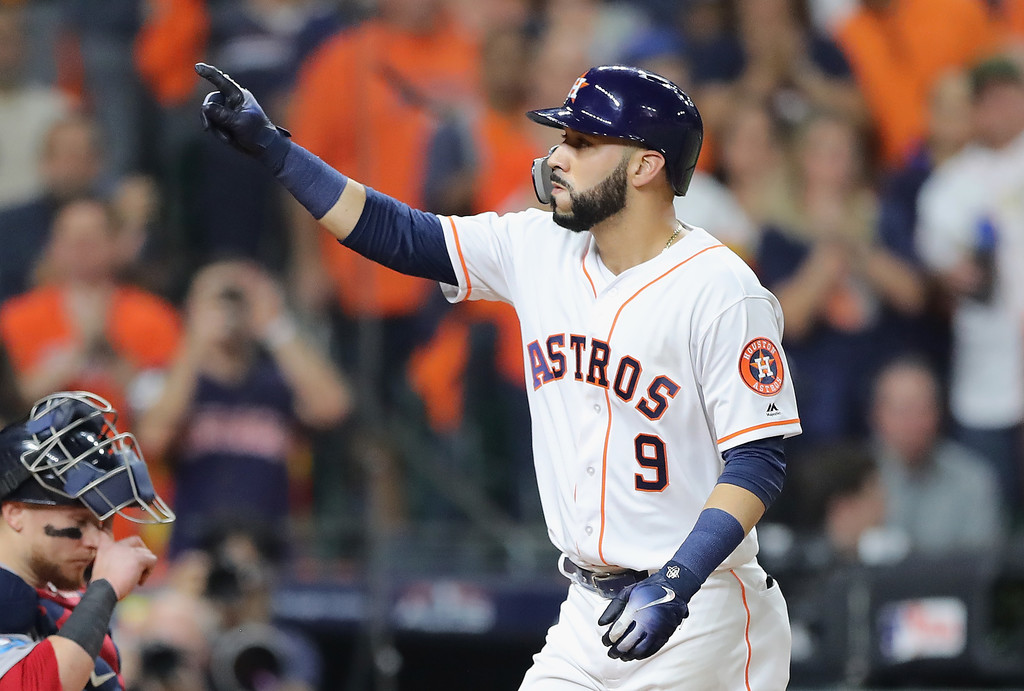 For the big name free agents, this winter has been a lot of sizzle with no steak. For those on the next tier down, it’s been a whole lot of nothing. Now with Spring Training looming, David Stearns should strike again, this time by landing free agent Marwin Gonzalez.

After the 2017-’18 hot stove came and went with little fanfare, many expected the ’18-’19 stove to return to form, with Bryce Harper and Manny Machado headlining a solid stable of free agents. That generally hasn’t happened; and it would appear that news of the paradigm shift that has taken place in MLB front offices nationwide never made it to the Players’ Association or agents.

Now, with pitchers and catchers scheduled to report to camps next week–glory be!–there are roughly 100 free agents still without contractual obligations, including the aforementioned Harper and Machado. And now, like winter a year ago, David Stearns could go to work in a quiet market and make another bold move in acquiring super-utility free agent Marwin Gonzalez.

Gonzalez, who will turn 30 before Opening Day, was once thought to be well outside of the realm of fiscal possibility for the Brewers, though he checks many of the Brewers’ boxes: Stearns would be familiar with him from their time together in the Astros organization, Gonzalez comes from a winning clubhouse and culture, a switch-hitter with the ability to hit for power and, most of all for Stearns, versatility: Gonzalez played seven different positions in 2018 and can address the immediate concerns the Brewers have with a vacant second base.

And now that the hot stove is cooling and club semis are criss-crossing the country with baseball gear in tow, it couldn’t hurt to throw out, say, a two-year, $22M deal with an option and some reasonable incentives. Of course, Gonzalez is represented by Scott Boras, but at this point it can’t hurt to circle back on an available player who can be an ideal fit and create both lineup protection and matchup headaches for opposing managers.

It’s not a terrible offer for Gonzalez either; he gets a sizable raise from the $5 million and change he made in Houston in 2018. He could also be back on the open market at 32 and command one more contract (barring a CBA meltdown). Gonzalez also provides valuable skills and acts as an insurance policy against continued offensive struggles from Orlando Arcia, the possibility Travis Shaw regresses against lefties, Keston Hiura‘s developing defense, or Mauricio Dubon‘s knee if isn’t 100%. Let’s also bear in mind that Perez is the Brewers’ likely starting second baseman and Gonzalez is a clear offensive upgrade at the position. Plus, he joins Lorenzo Cain and Yasmani Grandal as players who have won pennants or world championships, providing veteran experience on the stages Ryan Braun, Christian Yelich and the rest haven’t yet been.

Of course, his numbers and profile don’t hurt either. Gonzalez boasts a career .309 BABIP, can acquit himself just about anywhere in the lineup and has developed a strong sense for the strike zone. He also possesses above-league average barrel and hard hit percentages and maintains a 9-10 degree launch angle, indicating that he is more concerned with getting the ball in play rather than just swinging for dingers. More tantalizing yet is his penchant for hitting with runners on: in 2018, with the bases loaded, Gonzalez slashed .318/.318/.545. With men on second and third, he put up an astounding .429/.556/.429. His OPS with bases loaded and two out? 1.000 with ten plate appearances.

He’s essentially Ben Zobrist 2.0, and that’s something of which David Stearns should be doubly aware by virtue of his prior work experience and the team that calls a crumbling dump 90 miles to the south home.

For a Brewers team currently committed to just under $119 million to 20 players on its 40-man roster for 2019, it’s fiscally justifiable. And, most of all, Gonzalez adds to the arms race in what promises to be a hotly-contested NL Central with no clear doormat.