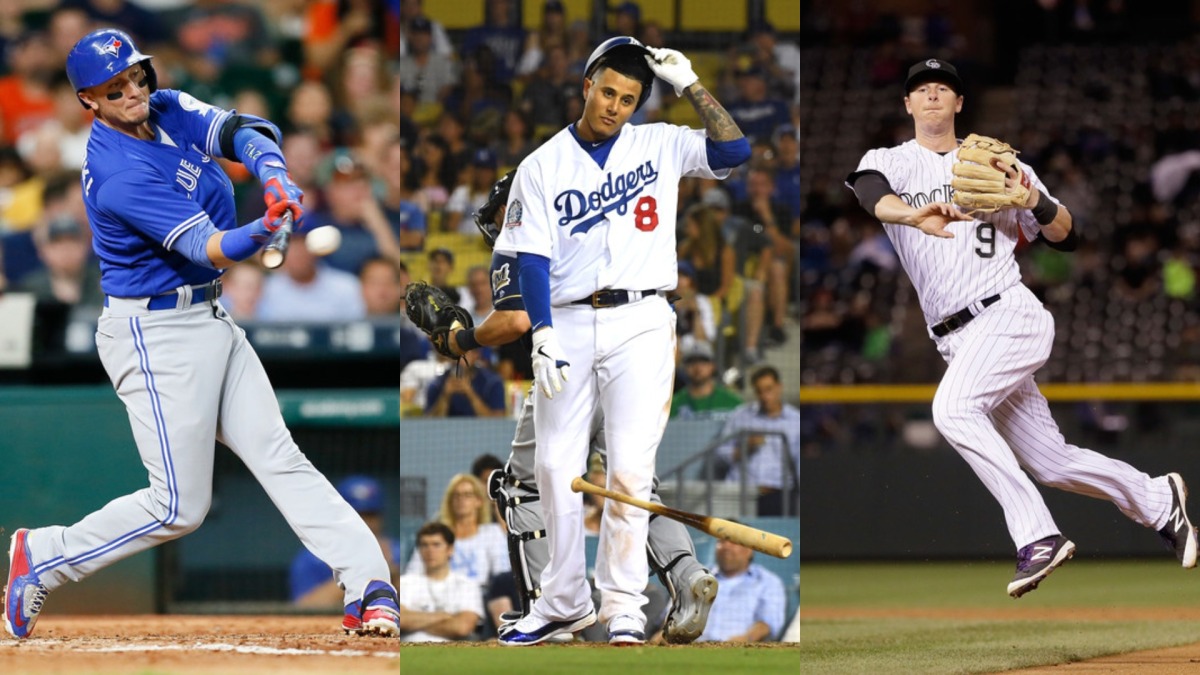 This offseason was supposed to be one of epic proportions, with the New York Yankees at the epicenter of it all.

Both Manny Machado and Bryce Harper were the most unique of free agents: eligible for megadeals that haven’t been seen before, yet still entering their respective primes.

Both Machado and Harper could fill roles on the current incarnation of the Bronx Bombers – the former playing either shortstop or third base, the latter out in left field. But owner Hal Steinbrenner and the rest of the front office never appeared fond of the Mickey Mantle idolization, Frank Sinatra-loving Harper, instead putting more of their attention on their former American League East rival who became more famous for not being “Johnny Hustle” instead of his accolades at the plate and in the field.

Those two superstars weren’t the only available talents linked to the Yankees.

Marwin Gonzalez, one of baseball’s premiere super-utility players, was rumored to have fans within the organization. Daniel Murphy, a former crosstown rival, was viewed as a perfect fit for the pinstripes, as his left-handed bat could both help break up the middle of the lineup and his contact-first approach would be a welcomed addition to the home run-happy ball club.

The infield, of course, didn’t need much work.

Gleyber Torres – the organization’s top youngster and a top five prospect among the sport – flashed his potential throughout the first half of 2018 (.294/.350/.555) before a hip injury slowed him down after the All-Star break. Didi Gregorius went from the marginalized replacement for Derek Jeter to the heart and soul of the franchise. Gregorius also is the first Yankee shortstop with three-straight 20 home run seasons.

Even the two question marks at opposite ends of the field were only that because of the greedy New Yorker fanbase. Luke Voit – who was lambasted after replacing fan favorite Tyler Austin – played a vital role down the stretch, despite his struggles on defense. For all Voit’s struggles, Miguel Andujar was worse (statistically, the worst defensive third baseman in baseball) but he was also the team’s most consistent hitter throughout 2018 (.855 OPS in 573 at-bats) – a whole year before he was supposed to be Major League-ready.

Even so, a compelling argument could’ve been made that Manny Machado could’ve been the everyday shortstop until Gregorius returns from Tommy John surgery while Andujar manned the hot corner. Yankees GM Brian Cashman could’ve also flipped Andujar for a young, cost-controlled starting pitcher with upside, put Machado at his old position and signed a stop gap like Adeiny Hechavarria or Freddy Galvis.

Cashman could’ve turned around and put Murphy at first base. He could’ve brought in Gonzalez to play all over the infield, giving everyone a rest while getting regular plate appearances.

These scenarios were a dream that could easily be a reality in the eyes of Yankees fans.

Imagine Manny Machado – who tortured the Yankees throughout his career with the Baltimore Orioles and who hates the Boston Red Sox as much as people in the Bronx – wearing pinstripes.

Imagine Marwin Gonzalez – a key reason why the Houston Astros have been successful while simultaneously being a thorn in the Yankees’ side – wearing pinstripes.

There’s just one problem with these situations: for Brian Cashman, fan dreams are not his concern. Cashman’s job, within the realm of the real, is to put together the best possible roster.

From the outside looking in, the organization settled instead of going all in after seeing the Boston Red Sox blow past the luxury tax, winning their third World Series Championship since the Yankees claimed their last.

Take a deeper dive, though, and you’ll see that the team’s philosophy of production mixed with economics proved that these deals could’ve been telegraphed much sooner than when the ink hit the paper.

The Yankees attended a Tulowitzki workout and liked it enough to sign the five-time All-Star and former Rookie of the Year and MVP candidate to a league-minimum contract. While the risk in itself wasn’t high – many believed it was just a flier on a one-time superstar – Cashman insisted he was brought in to be the team’s everyday shortstop. If healthy, at worst, Tulowitzki will be an above-average defender who the team can cut ties with if the offensive production isn’t there. At best, Tulowitzki will relish the opportunity to wear pinstripes and help the team contend in Didi’s absence.

Even with Tulowitzki in the fold, Machado was still very much in play.

But those fading dreams dissipated Friday afternoon, as the Yankees signed LeMahieu to a two-year, $24 million contract.

But even with LeMahieu being a different player at Coors Field, he brings considerable value to the Yankees. Despite playing only 49 games outside of second base, LeMahieu is graded as a plus defender and has experience at first base, third base and shortstop, giving the team much-needed versatility. More importantly, he’s a low-strikeout contact hitter that the Yankees sorely need, and his exit velocity is trending upwards, a statistic the organization values highly.

Adding Machado, or even Murphy or Gonzalez, to a 100-win team would undoubtedly make the Yankees more talented.

But the argument that Tulowitzki and LeMahieu do as well is also more than plausible. One could say that the latter two make the Yankees better.

Tulowitzki comes with no risk and fits in Cashman’s new high-value mold. He could become a Bartolo Colon or Lyle Overbay or Freddy Garcia, three players who found latter-day success with the Yankees. LeMahieu fits this mold of a typical Cashman project, similar to Gregorius or Voit or Aaron Hicks – players who the organization believes they can further develop.

It’s a different philosophy, and it’s not what Yankees fans wanted – but what we want may not be what Cashman and the Yankees need.