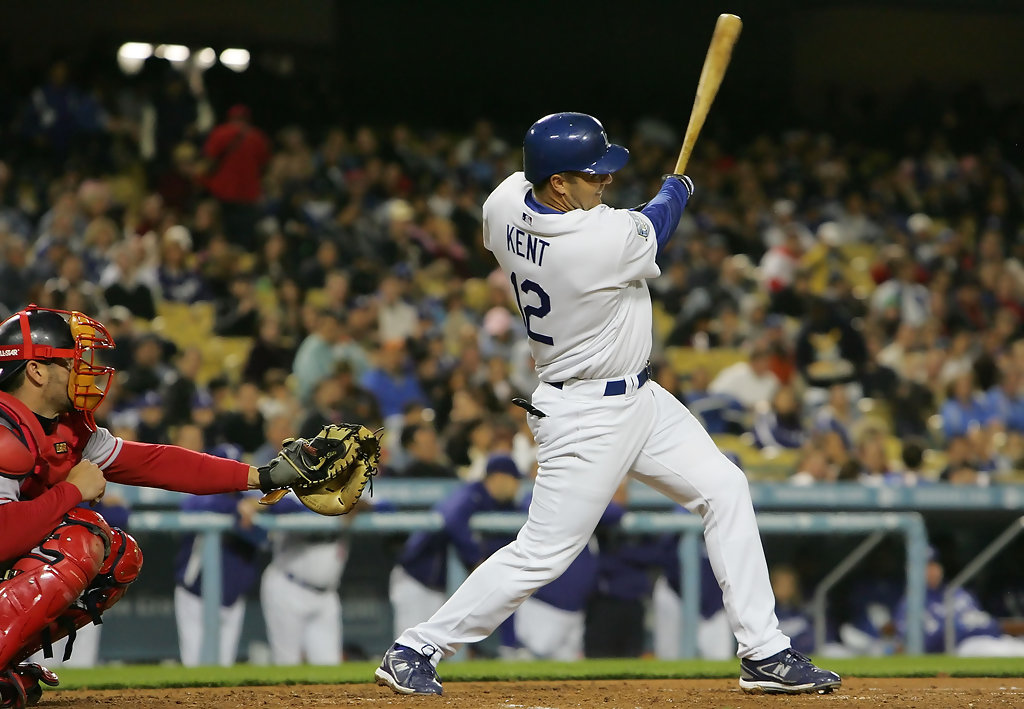 Jeff Kent was the best offensive second baseman of his generation.

Roberto Alomar might have had the glove, and Ryne Sandberg the affability and strong two-way game, but Jeff Kent owned 4 in the 90s and early aughts.

Only 21 second basemen are in the Hall. If that only seems slightly shallow, here’s some perspective: There are more executives and more managers with Cooperstown plaques. It may not be as crazy as only having 16 third basemen included but nutty nonetheless. In over 150 years of organized baseball, apparently only 21 warranted induction. Those who are happy with a small Hall ignore the fact that as the game expands, so necessarily must its roll call of legends. No matter how long the game lasts into the future, no matter how watered down or mediocre the talent pool becomes, there will always be those considered the best of their generation. Those who come to mind should be seriously considered for election to the Hall of Fame.

The 2000 Most Valuable Player, a four-time Silver Slugger and five-time All-Star, Kent has struggled to gain much traction in Hall of Fame voting, despite the fact that the five second baseman trailing him in home runs are all enshrined in Cooperstown. With results of this year’s voting coming in January 24th, and a crowded ballot–let alone the arcane and absurd ten-person ballot cap–Kent’s chances of making a leap toward election, or any meaningful increase above his 16.7% total in 2017 in his fifth year of eligibility, seem slim.

Of players regularly in the field, second basemen are ahead of only shortstops in all-time home run totals. One might think that to do what Kent did, that is, obliterate the positional record held prior by Rogers Hornsby, should stand out more more than it does. 377 is less than half what Hank Aaron totaled, but it’s more than anyone else regularly plopped between first and second. Cal Ripken hit 431 HRs predominantly playing shortstop, and he’s considered one of the stronger offensive shortstops of all-time. Mike Piazza was pretty much a warm body behind home plate, but that warm body hit 427 HRs and had minimal difficulty gaining induction into the Hall predominantly on the grounds of his offense (and not-entirely-quiet rumors of, ahem, enhancement.)

So, if the argument against Kent is that his counting totals aren’t there, they aren’t really there for Piazza, either. If the argument is based on defensive liability, there are plenty of guys in the Hall of Fame who weren’t exactly Ripken or Alomar or Larry Walker or Vlad Guerrero in the field. Kent has some of the best numbers for a player predominantly at his position for anyone in history, and somehow that isn’t good enough.

More home runs than Carlton Fisk or Ralph Kiner, two fewer than Tony Perez. Tied for career OPS+ with Tim Raines, better than Ernie Banks, Paul Molitor or Joe Gordon. A career WAR better than Enos Slaughter, Willie Keeler, Kirby Puckett or Orlando Cepeda. An all-time ‘Do you know why I pulled you over?’ mustache.

That, and as the San Francisco Giants’ anti-Bonds from ’97-’02, one might think the ever-sanctimonious BBWAA would be more empathetic to a guy who loathed the guy who loathed the press; the ‘enemy of my enemy’ kind of thing garnering him more support.

The reality is that Kent is a tailor-made case study for just how arbitrary the ten-person maximum is. In any given electoral season, and most certainly in the current era, there could be more than ten worthy candidates. The limit does not somehow keep the Hall exclusive, it makes the voting body a capricious politburo, particularly when voters do not use the full allotment. The Hall then doesn’t exalt the player, but the voters. No one goes to Cooperstown to marvel at how Jayson Stark filled out his ballot (we do that when he publishes his annual column[s] online.) If the game requires nine in the field, then we ought to factor that in when we consider the greatest to play the game. The all-time team can’t be only outfielders, the pitching staff can’t be all starters and, if we’re in an American League stadium, we need to have designated hitters, too.

The Hall’s disparity between outfielders and basemen and catchers is glaring. Leaving Jeff Kent out only makes that worse.

2 thoughts on “The curious case of Jeff Kent, or, why do baseball writers hate second basemen?”